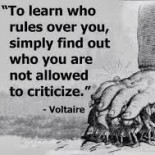 Trump is merely a symptom. We arrived at this precipice of amoral aggression by the efforts of the CIA and the Pentagon serving the corporate elite. President Obama, Secretary of State Hillary Clinton, Senator Bernie Sanders and the rest of the Billionaires Glee Club signed off on spending trillions to kill millions for the corporate bottom line. This is not working.

Keeping our eyes on the prize…

Obama is a right-wing con man.Cornel West points this out. Dyson denies it. And facts remain. Obama has governed like a right-wing conservative on steroids. 31 or 48 wars of … Continue reading →

American exceptionalism is a sad corporate myth. And national, racial and gender stereotypes represent investments of billions in corporate propaganda for disinformation
on radio, TV and the rest of the fourth estate. (corporate and otherwise)

Dragons… “If you can’t take the heat, don’t tickle the dragon.”

“Come not between the dragon,
and his wrath.”
– William Shakespeare, King Lear

George Bush was not elected president in 2000

“The justices had no business interfering in the election. The U.S. Constitution authorizes Congress to settle election disputes, not the Supreme Court.